I've only just recently found out that there is an update for my good ol' DS215j to DSM 7. And with it, updates to Synology's Download Station (which doesn't receive any more updates on DSM 6, sadly, and I need them).
I have a weird problem with the update - when I attempt to do a manual DSM update and point to the DSM 7 .pat file (downloaded from Synology site), I get a message saying that I cannot install an earlier version of DSM.
I even tried installing the DSM 7 version of Download Station (3.9.3-4609) on my DS215j but I got an "Invalid file format" error (again, used the .spk file from Synology site).

Any idea what I could try to break through to the land of newest updates?

Thanks,
behcio
Sort by date Sort by votes

The official release note regarding 1GB RAM is a real "huh?" when it then lists supported < 1GB devices in note 9.

If you can work with DSM 6 then I'd prioritise note 8 over note 9. If not then I would consider getting a newer device (DS220+ is the current incarnation of my first upgrade, which was the DS218+).

While I have installed DSM 7 on my DS215j it wasn't my only NAS. In fact I was prepared for it to be effectively bricked, or severely hobbled, and I updated it before upgrading my other NAS. I find it's OK but, big BUT, I don't run the [newer] heavy packages. I also built the DS215j from fresh and it's only being used as a NAS not the other server services. You may find that Download Station still works acceptably; I'm only using SMB for Mac Time Machine. 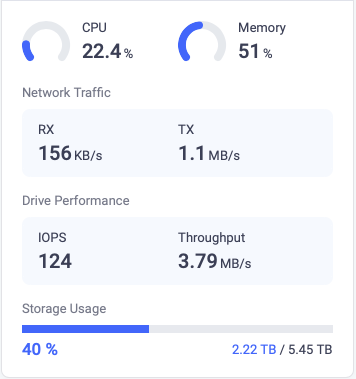 @fredbert - did you have any problems installing DSM 7 on DS215j? Or have you actually wiped it clean and installed DSM 7 after that? As for usage - I use it only for data storage and Download Station, so I'm not that concerned with performance loss.
Upvote 0

I think I installed DSM 7 on a fresh install. I definitely created two Basic storage pools as I was repurposing it from a build that had the two drives in a single SHR-1. But can’t be 100% sure when I rebuild the storage vs installed DSM 7.
Upvote 0
E

Hi @behcio,
any luck with the DSM 7 upgrade?

I've tried myself to install on my DS215J and the upgrade procedure gets stuck showing the progress bar...
Upvote 0
M

Just got myself a cheap used 215j, maybe I'll keep it on DSM 6 if people are having problems...
Upvote 0
B

eminence said:
Hi @behcio,
any luck with the DSM 7 upgrade?

I've tried myself to install on my DS215J and the upgrade procedure gets stuck showing the progress bar...
Click to expand...

Unfortunately, no luck. It seems you got a bit further though - when I pointed to the DSM 7 update file, I got a message "that I cannot install an earlier version of DSM"
Upvote 0
I

Just registered to answer you

Go to that page, and then you choose your current OS version and which one you want to go to.

It will then show you the one or multiple versions you have to install (per order) in the manual section of Update in Control Panel.

It also took me a while to understand!!

PS you can find downloads on the above link, or also here Synology Archive Download Site - Index of /download/Os/DSM

@ijpatricio, thanks for creating an account just for this reason

It's been a long time but if I remember correctly, I was attempting to do an update the same way. The problem was that when I tried to install the update, I was getting an error. It was something like this:

You cannot install an earlier version of DSM
Click to expand...

Since the DS215j doesn't meet the minimum recommended memory for DSM7, I believe you are far better off on v6. Why cripple an already limited machine.
Upvote 0

Telos said:
Since the DS215j doesn't meet the minimum recommended memory for DSM7, I believe you are far better off on v6. Why cripple and already limited machine.
Click to expand...

If, and probably only if, you are using the basic NAS features then using DSM 7.1 on a DS215j works fine. Some of the lighter packages work too, e.g. network services like DNS Server. You will at least get vulnerability patches quicker than it seems Synology schedules the same work on DSM 6.

My DS215j with DSM 7.1 is used only as a SMB destination for Time Machine. It is an occasional test device to see if this NAS can do it then most will be better performing.

Here's a screen shot of Audio Station playing a ALAC 96kHz/24-bit file to my Mac. In the background there are three Macs connected via SMB for doing Time Machine, of which I think one is actively doing a backup. Earlier in the CPU graph I was flicking through a small test album in Synology Photos. Basically, if you do much in DSM web then there will be a peak in CPU. And memory swap is 300-400MB. Just logging into DSM web push the CPU 1 minute load average to over 12.

The ffmpeg process used by Audio Station has is quite a load. The drops are when I stopped playback. 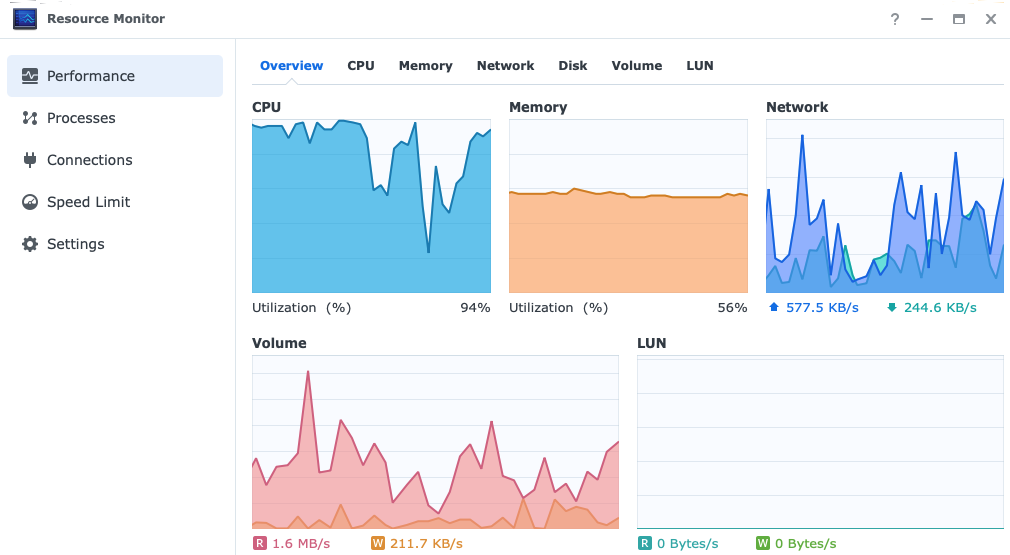 I gave my 215J to my son-in-law, with drives still under warranty, and told him specifically NOT TO UPDATE TO V7!!!

What a lucky guy he is, to have you for a father-in-law. I can't even begin to imagine how that plays out
Upvote 0

And I’ll play it for all I can get!
Upvote 0

S
Solved DSM cannot update
thank you i have been having an issue with doing a manual install of the upgrade package for plex v1.25 on...

4. Jan 2022
samgangee
S
H
cannot move the Netbackup folder from 1 volume to another
Thanks for the confirmation :-)

DSM 7 : cannot access system after 'short reset' (admin reset), stuck in loop
Thanks Telos and others! Well, my problem is solved (before reading your post), it may have been an error...

N
Synology cannot read its own DSM disks over USB?
Gents, there is just single SATA 3 specification valid for all drives, then it doesn’t matter: - if the...

Cannot add HD to storage pool.
Just FYI... When I was rebuilding a RAID0 pool recently, DSM warned me that one of the disks had bad...