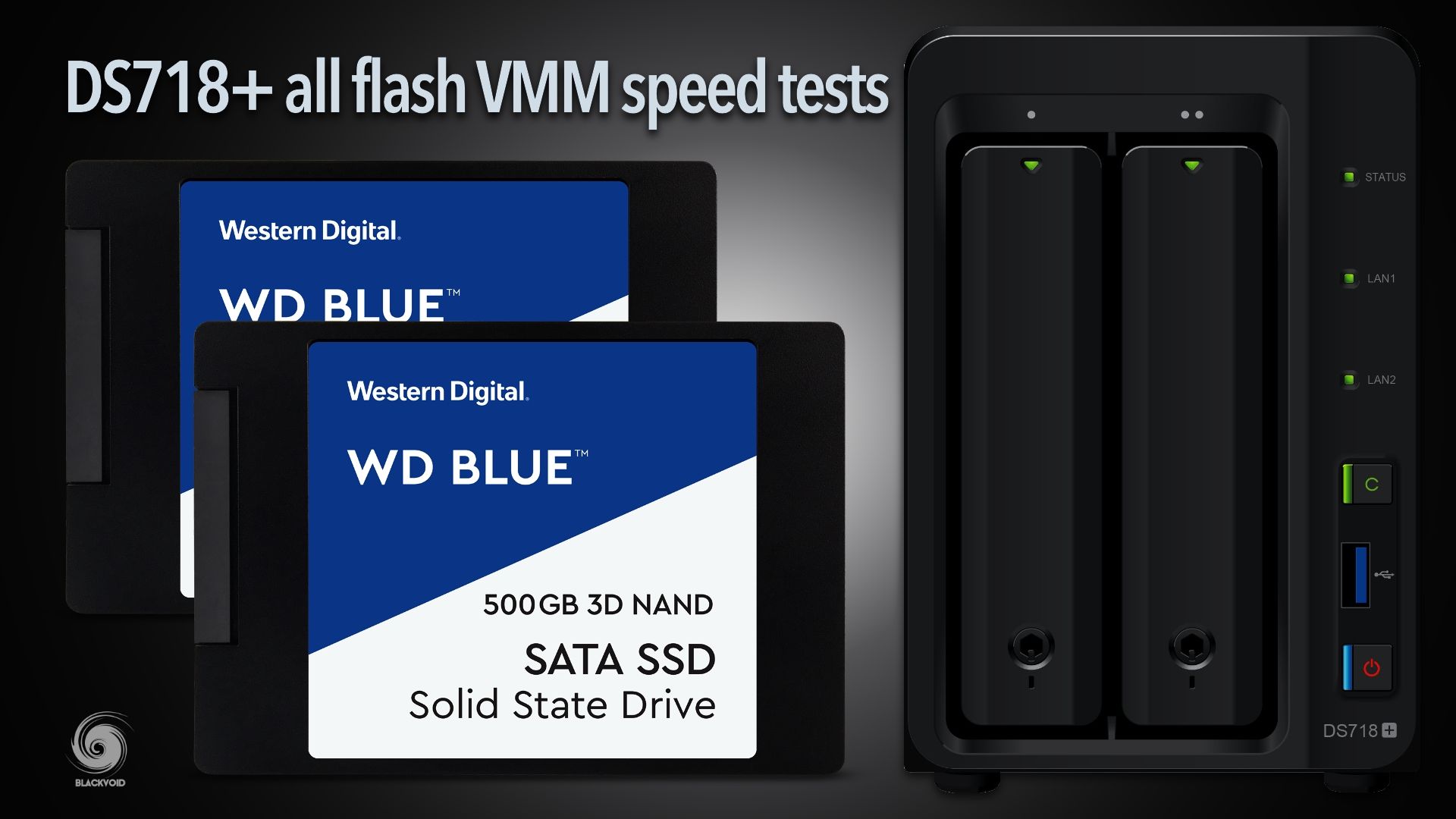 Since I have switched my 718+ NAS to all flash (double WD blue 500GB) I haven’t had a chance to test it out regarding it performance. Truth is that I was waiting for more RAM considering that this model comes only with 2GB RAM.

Now that I have 16GB running in it, I decided to see how well does it perform in situations such as virtual machines, or shall I say virtual machine. Reason is that the results are disappointing.

It’s true that going all SSD and max RAM was not because I want to run VM’s on this NAS, but rather to have lots of room and space for my Docker needs. Still, more then often people are wondering if it’s bigger brother, 918+ model, that also have NVMe slots, can be a solution for VM needs. Well, I can say that having a cache modules inside 918 does give you some better performance in specific cases, they won’t make your VMs fly.

On the other hand users have reported that running a VM of an SSD in comparison to an HDD (with or without cache) will give you better performance.

Well, my results are a bit different. It is true that running a VM off an SSD instead of an HDD will give better results, but those results will depend largely on your CPU, number of cores and not so much what type of storage is running under it all.

IT & geek blog focusing on NAS, Docker, VMs as well as other IT tutorials and general topics.