I’ve a 1019+ fitted with four 3TB WD30efrx in RAID 5, so I decided to expand my drive pool, I got a Seagate Ironwolf 4TB HDD, installed in spare bay, booted up, drive recognised, tried to add it, got error message, system failed to expand with Drive 5, tried secure erase, failed, am I being to ambitious trying to add a larger drive from another manufacturer, or could it be a dud drive ?
Sort by date Sort by votes

4TB should be no issue. Did you follow this?
DiskStation Manager - Knowledge Base | Synology Inc.

If so... screenshots of Storage Manager tabs might prove helpful.

Hi, yes I did follow that, I’ll get screenshots, it’s set up now successfully as a hot spare, but not reporting any health data ?
Upvote 0

Just to confirm that the disk can be added as a working volume (next best thing to adding to the RAID) you can create a single disk Basic or JBOD volume. Then at least you will have confidence that DSM allows the disk to be initialised into available storage. After that you can delete the test volume/storage pool and recreate as a hot spare again.
Upvote 0
D

Thanks for that, the reason I'm suspicious of this drive is that it couldn't join my RAID array, but it did seem to set-up as a hot spare, which I didn't want, and when I checked drive health, this is what I got, older WD30efrx reported ok, Seagate gave error ? 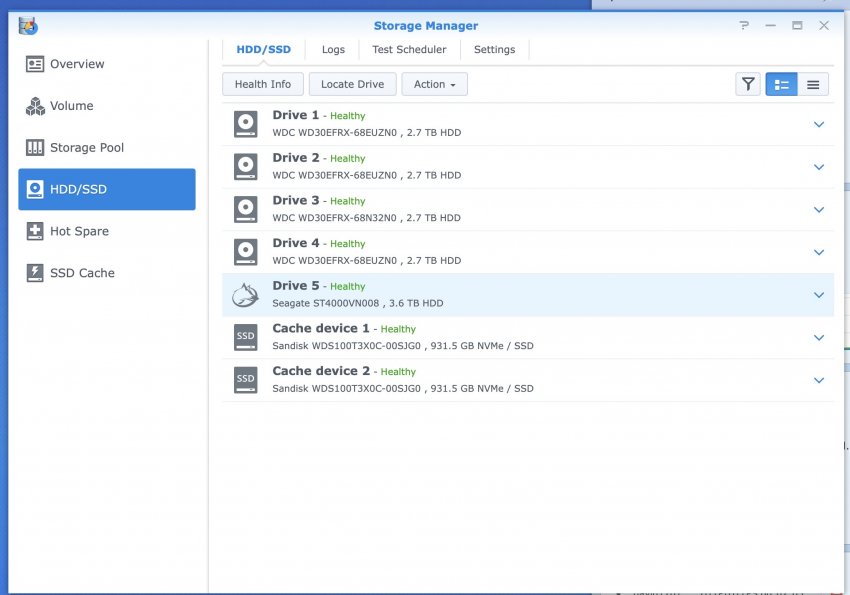 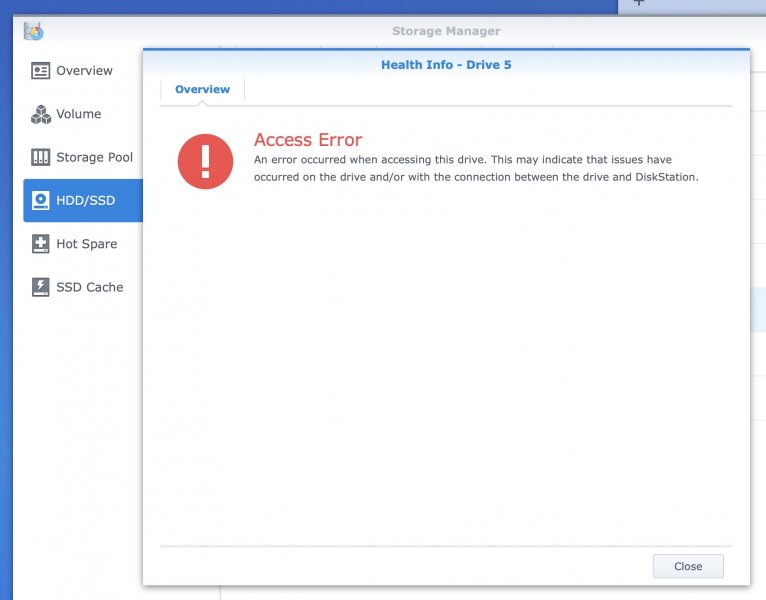 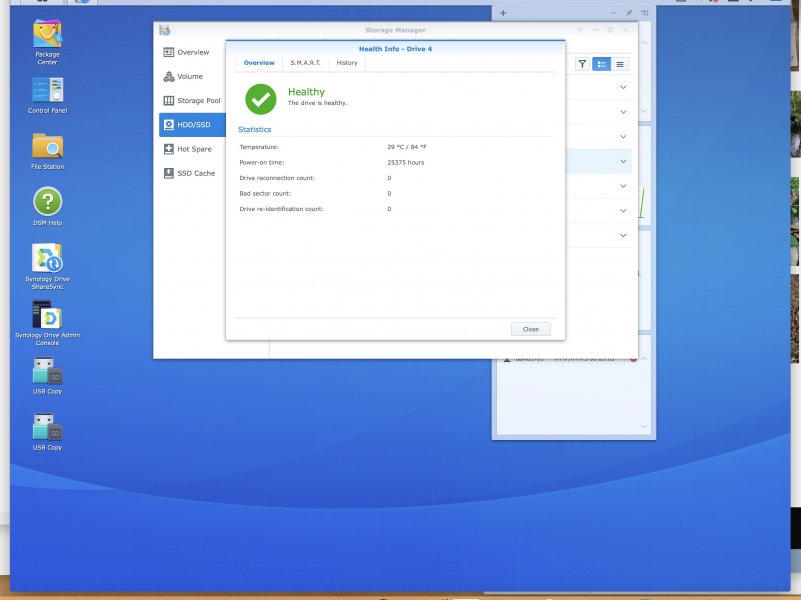 That's not right. I've temporarily placed a fourth Ironwolf 8TB as hot spare prior to adding it to the SHR array. Clicking Health Info gets the normal window that you see for the WD disk.

Do you have any spare disk (any size/type)? If you do then you could confirm that the SATA interface in the NAS is OK. Something else would be to have a look at the disk's SATA connector to be sure it's clean, same for the NAS.

If you have a USB caddie you can test the disk is accessible to Mac's Disk Utility and/or DSM under External Devices.

Just some things you can do before saying for sure that the disk is dead. Though I guess your confidence for using it isn't too high now.
Upvote 0
D

That’s an idea, I have a spare sata drive, somewhere, I’ll try looking for it and try it, may take some finding tho ! lol
Upvote 0
D

But the Seagate 4TB is going back ! Tried it again, it was detected, but DS rejected it to join RAID, Health same, I’ve checked sata interface on both, seems ok n clean, photo’d drive label before packaging, camera picked up the QR code, gave a link to Seagate to check details, eventually gave a message saying “this drive was originally part of a larger system etc” was bought from Amazon Warehouse as a single drive, so I’ll beware in future, ordered a new WD30EFRX from WD UK, (site really slow) EFRX drives, which are now called WD RED NAS Plus, and are at least £10 cheaper than Amazon, but I’ll still look for my old drive to test the DS sata interface on my NAS.
Upvote 0

Yes you have to be careful to get EFRX. The older WD Red were EFRX (CMR technology) but ~6 months ago they changed to EFAX (SMR technology). After a lot of protest they have now got the EFRX as WD Red Plus.

To complicate matter some bigger, older EFAX were CMR. Sheesh.

But their product pages were updated last time I looked and Red Plus is the one to get.
Upvote 0
D

I did find it confusing, you have to search for the WD Red EFRX, to find them, I noticed that about the EFAX drives as well, why ? site seemed very slow when ordering as well, kept failing to order, eventually succeeded, drive should arrive Monday

Drive arrived Monday, installed, NAS accepted it straight away, took about 18 hours to initialise, no problems at all !

David James said:
Drive arrived Monday, installed, NAS accepted it straight away, took about 18 hours to initialise, no problems at all !

Thanks, 41 hours ? Glad i only installed 3TB now ! lol, now got that sorted, next is linking one of my cameras to the Synology Surveillance thing, then the mystery’s of ftp ! (to me, that is)
Upvote 0