Currently reading
Laptop can no longer access NAS over wifi

Not sure what has happened recently, perhaps even a Windows update changed something

I am not very technical so will summarise as follows

Generally, I use it at my desk and my laptop connects to a dock with ethernet

Grateful for your advice

Give a bit more info on your network setup if you can and also what exact error you get when trying to access dsm page? Happens in multiple browsers? Same in all devices that are on wifi?

The more info you give the faster we might help you.
W

Rusty said:
Give a bit more info on your network setup if you can and also what exact error you get when trying to access dsm page? Happens in multiple browsers? Same in all devices that are on wifi?

Hey thanks for the quick reply
Are there particular areas I can screen dump
Re access, not a browser issue - I had saved the IP address to places in Explorer and used to be able to double click on this or my desktop shortcut to access files within Explorer

Apologies again not going via browser. I am accessing in Explorer. It no longer connects per before. When I run diagnostic, it advises Windows configured correctly but NAS not responding. Will try again, probably tomorrow now, and attach screen dump

You're not using a WiFi guest network or something are you..?

Last edited: 8. Jan 2021
When I set up my Wifi the first time, "conventional wisdom" was that you should set the names (SSID's) of the 2.4 and 5.0 bands on the router the same. The theory being that the router would sort things out and choose the best band at any given time. Depending where I was in my home, my device would indicate that I was connect to 2.4 but that was as far as I would get. It would not connect to my NAS. It was a mystery. So, I finally gave the router's Wifi SSID's separate names. Now, I choose one or the other and if I connecte to 2.4 but am unable to access my NAS, I switch to 5.0 on my device and get the access I want. In your case, I would check the Wifi settings on your router and change one or both SSID names and see if you can connect to your NAS with one or the other.

If the NAS, laptop dock, and laptop WiFi interfaces are all connecting to the same local network (e.g. 192.168.0.0-192.168.0.255) then a saved IP shortcut on the laptop should work regardless of which interface is connected to the network.

All these interfaces will have their own IP address assigned on the network, presumably from your Internet router (that I assume does the local WiFi and Internet firewall). It's unlikely that these IP addresses are changing regularly even if you have set them to receive dynamic IPs via the router's DHCP service: though it's better to reserve the NAS's IP in DHCP and manually configure it in DSM. As such the laptop should be able to access the NAS no matter docked or on WiFi.

It's unlikely to be Auto-Block that is stopping the access as Windows networking isn't listed as being one of the services that use it.

I'm not a Windows person, use it for work but not Windows networking, so can only think that it's either the laptop's WiFi connection to the right SSID but has corrupted access to LAN devices, or connected to the wrong SSID and there's no access from it to the local network.

Have you tried disconnecting fully from the WiFi, maybe even reseting the interface, and reconnecting to the WiFi and confirm it's the right SSID?
W

Sure. Get a "The site can't be reached" error via 2 browsers

Do a simple ping command via Command line

what do your get?
W

Or post the output of your ipconfig /all command here.
W

Laptop is connected to same wirelss network. Output below:

From this, you are in a completely separate "universe", 10.0.0.59(Preferred). That's not even close to your NAS network subnet.

Is your wifi adapter configured automatically or did you configure this manually? 10.0.0.1 is your router by the looks of it. So did you change something on the router and forgot to change the NAS IP side of the story or what?

If only your computer is the problem, just push it back to your NAS network subnet and you will be fine.
W

Hi thanks again. I am not technical so have not configured anything myself. I did swap out routers but only added my ISP account details. Does this mean I have to log onto DSM and change something? Thanks again

webheadjunky said:
I did swap out routers but only added my ISP account details
Click to expand...

Well, this is a bit of information that you left out didn't it? Now we know what the problem is.


webheadjunky said:
Does this mean I have to log onto DSM and change something?
Click to expand...

webheadjunky said:
Not sure what has happened recently
Click to expand...

webheadjunky said:
I did swap out routers but only added my ISP account details.
Click to expand... 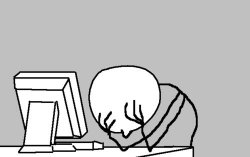 Rusty said:
Well, this is a bit of information that you left out didn't it? Now we know what the problem is.

Thanks. I have 20+ devices in the house accessing wifi so did not suspect the router. Given it is only the NAS that is impacted I will try that option