Hi - Newbie here. I have purchased a DS720+ with 2x6TB seagate HDD. I can only get one of the disks operating properly, notwithstanding the disk manager confirms both are healthy (only one initialised). The 'faulty' disk has a reconnection count of over 300. Is this a problem with the disk or the way it is seated in the NAS? I've tried removing it and reseating it but no joy. All assistance gratefully received.

Hi, it is new or used stuff you purchased?

Hi, new stuff (disks pre-installed). the smart log was showing normal, and there's nothing else to explain a problem other than the reconnection count. I'm baffled (and very frustrated).

did you try to start all over by using the problemdisk only and see what happens, did you try to switch disks from slot (to isolate nas or disk problem) 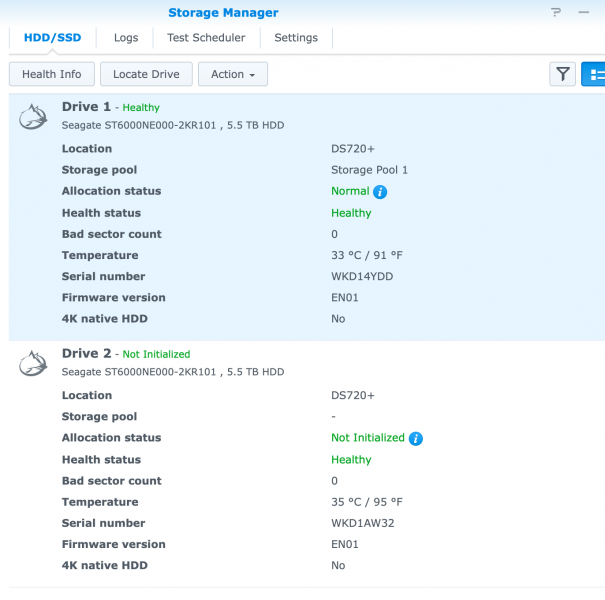 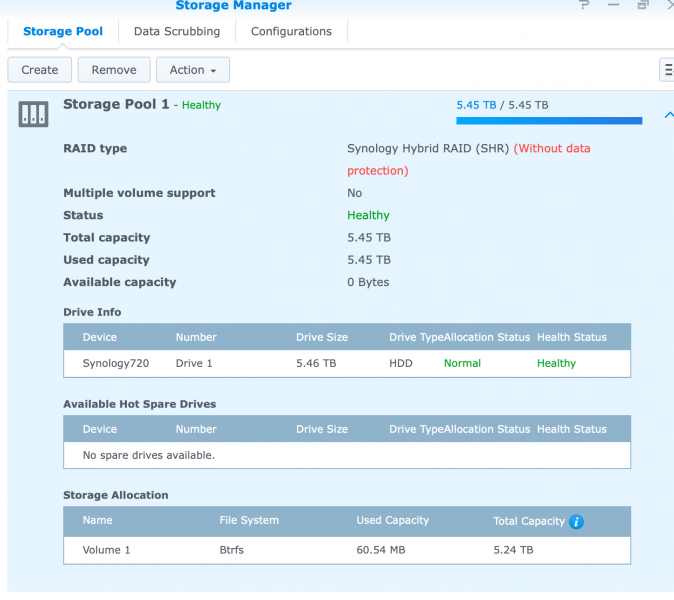 -- post merged: 11. Oct 2020 --
Just to explain, every time I try to use both disks for RAID1 or SHR the process fails. (that might sound like I know what I'm doing and apologies if so - bought this set up for its apparent ease but proving more difficult than I thought). 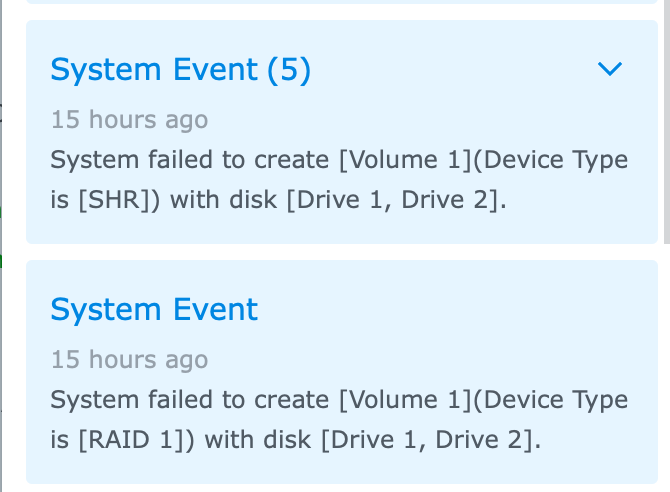 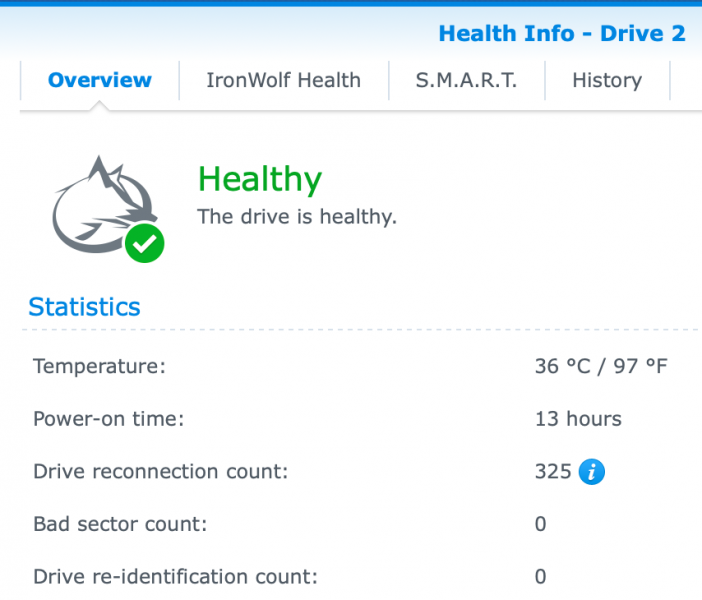 Generally on initial setup you'll probably select the options that defaults to a SHR pool of both disks. If it's manual or after setup then you can use the Storage Pool page and Actions->Add Disk. Which from the log messages it seems that you've been doing something like this already.

If you haven't done Add Disk while selecting Storage Pool 1 then try it again. Then next things I'd try as a way to test:


RAID 1 has a slightly better performance, not personally experienced, but SHR has better growth/expandability using disks of different sizes.
D

That's great thanks. I've tried everything there other than the extended test (was losing patience for that last night...). So I'll try that today, and if no joy then the whole lot is going back! Assistance and advice much appreciated. D

Not sure why the whole lot needs to go back. It sounds that one disk has a problem and you can always address that. But I suppose it depends on who you bought it from: I buy diskless NAS and source disks separately.
D

Yes - fair point. Will see what extended test results say I suppose. Only concern is that it's a NAS problem rather than disk problem, but seems unlikely.

You could power down the NAS and swap the disks around. See what happens when it powers up. My guess is disk 1 in bay 2 will work as it does now. But it could be a NAS problem if it doesn't work.