If I set my NAS to shutdown, say between 11pm and 6am and then set the backup schedule to 2am to a connected USB HD, am I correct in assuming that the backup will wake the NAS; create the backup and then shutdown again?

I can't help on that as I don't shutdown the NAS. The best way to know it to test it yourself during a time that you can monitor what happens. You could setup a very small test HB task.

I will do that but in the meantime I admit that I was taking the lazy wayout, by asking. Also experience from others may provide some warnings, caveats, which would be saved here for others.

I'm on the same page as @fredbert. Not really sure why people would turn off their NAS, but still, I'm 95% sure that your NAS will not wake up in this scenario.

My reasoning is that it would not be accessed at these times; it saves power, however minimal, and cannot, I assume, be a target for hackers.

Anyway, I will try it and see.

Agree, but hence ‘however minimal’.

Network security is more important, not that there is much more than ‘home stuff’ there, but ransomware, or simply plain hacking would be annoying. (My router does not support WOL.)
S

Maby better to tighten your security if thats your koncern, i think this article says it all: Synology NAS Always On: Yay or Nay?

Thanks for the link. I will read it.
S

of course, shutdown of the NAS is best prevention from any attacks butt....
when you take into consideration our best practices, you can run your horses 24/7 with better security.
Yes, there is still a possibility be attacked.
Then right backup policy is your friend for such cases.
B

jeyare said:
but 100W is related to my 8bay fully loaded by HDD and under full performed resources.
Click to expand...

off topic but how did you measure it? 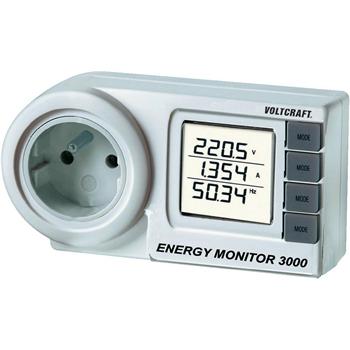 Volcraft Energy Monitor 3000 (this is not cheap device, but has important measurements):
Besides the usual information (effective power in W and energy consumption in kWh), the 3-digit display also shows the effective Cos-Phi power factor, load type (inductive or capacitive) and power frequency. It also has an integrated backup battery, which lets you set and read off the stored values even when the device is switched off.
And accuracy is about 1.5W


2. My test on whether a backup takes place during a NAS-scheduled shutdown was negative. The small test backup I set for 3am, with the NAS having shutdown at 11:30pm, started as soon as the NAS woke from the shutdown at 6:00am.

Referring back to the article concerning whether to shutdown or not, really depends on ones use. As I am the main (currently only) user, I will not be accessing the NAS overnight - hopefully. If I wanted it accessible by others, say for web services, then of course it would be better to leave it on all the time. (Many years ago, there used to be arguments as to whether HDs should be shutdown at all and hence should be spinning all the time, but then that was in the pre-windows days of DOS, when I recall a park command was required before shutting down the HD. Sleep/ hibernation is now a standard automated facility.)

Just to correct an error above. While the NAS restarted at 6:00 am, via schedule set in the Control Panel/ Hardware & Power, it did not perform the 3 am backup that had been scheduled, but missed.

NSquirrel said:
I recall a park command was required before shutting down the HD
Click to expand...

Blimey I forgot about that!

NSquirrel said:
Just to correct an error above. While the NAS restarted at 6:00 am, via schedule set in the Control Panel/ Hardware & Power, it did not perform the 3 am backup that had been scheduled, but missed.
Click to expand...

Which is annoying. I can see why it may not perform the backup though, but it should be able to determine whether it is safe or not:

If HB could perform a missed backup task then it needs to be certain that the NAS shutdown safely. It should be possible to record shutdown status (but maybe DSM doesn't?).

If the HB task supports versioning then it is less serious to perform the task than for single version tasks. But, and it's true for any HB task, any task that runs following an inelegant shutdown has the possibility, no matter how small, of backing up corrupted data. then after the retention schedule has rotated fully you will only have the corrupted copy.

If using the NAS for archiving from other sources and it crashes, needs a forced reboot etc., then best to start the archive task again. For frequently used data, you'll be more likely to get an app to warn of a corrupted file so you can go back and recover a good version.

so sorry for my fault, I'm getting older

W
Disable power schedule
As far as I know this is not possible and that is by design. You can pull the plug :-)

Power Schedule / Hibernation for Backup-Only NAS
Just schedule it on/ off, saves energy and gives better protection against attacks. there is no proof...

E
DS1019+ Shutdown with Power Message During Data Scrubbing After Replacing a Drive
RESOLVED: Synology Support applied a hot patch to my NAS that corrected the R/W cache issue causing the...

2. Oct 2021
floppydisk
F
I
DS1512+ in suspend mode after power outage tripped UPS
a bit of good luck today. i powered off the synology units, then powered off/on the APC UPS that had the...