The samsung 500GB is 2x less expensive, but is this good for caching? Will it be enough?

benoitc said:
The samsung 500GB is 2x less expensive, but is this good for caching? Will it be enough?
Click to expand...

It will be fine. Keep in mind that Syno nvme drives are more "enterprise" oriented with sustained speed over time and usage. Consumer-grade ones like 970 EVO are not. So for some SOHO scenario, you are fine with Samsung for sure. Also, consumer-grade one will deteriorate much faster under heavy usage, so bear that in mind depending as well.

I have a pair of 970 EVO in one of my less-used NAS devices and for the past 2y since I got them, they are at 11% used. This will ofc depend on how much they are being "hit" but all in all, they will do the job. 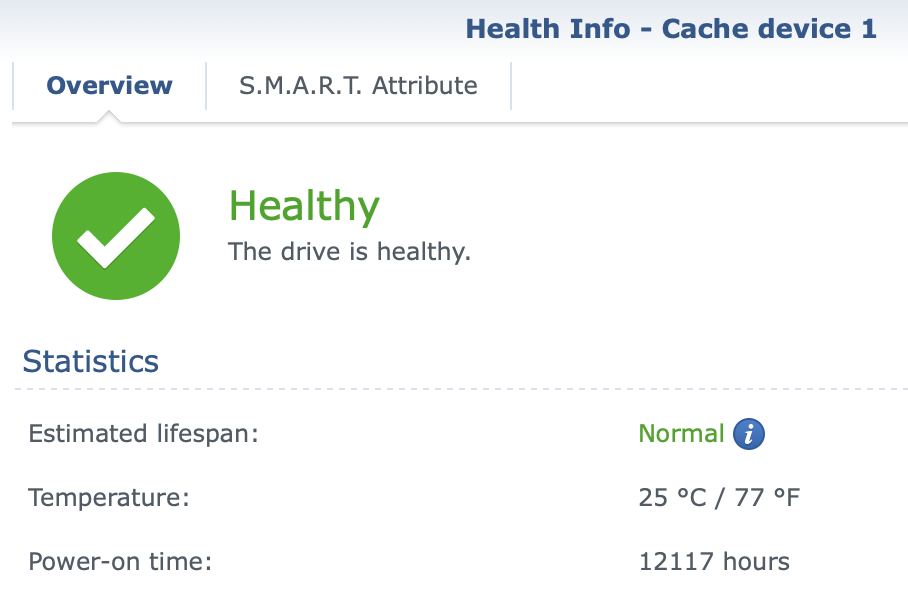 Just as a comparison, 2x860 EVO that I had before them, last only 11months before I burned them to 100% (notice the percentage used and the time running). 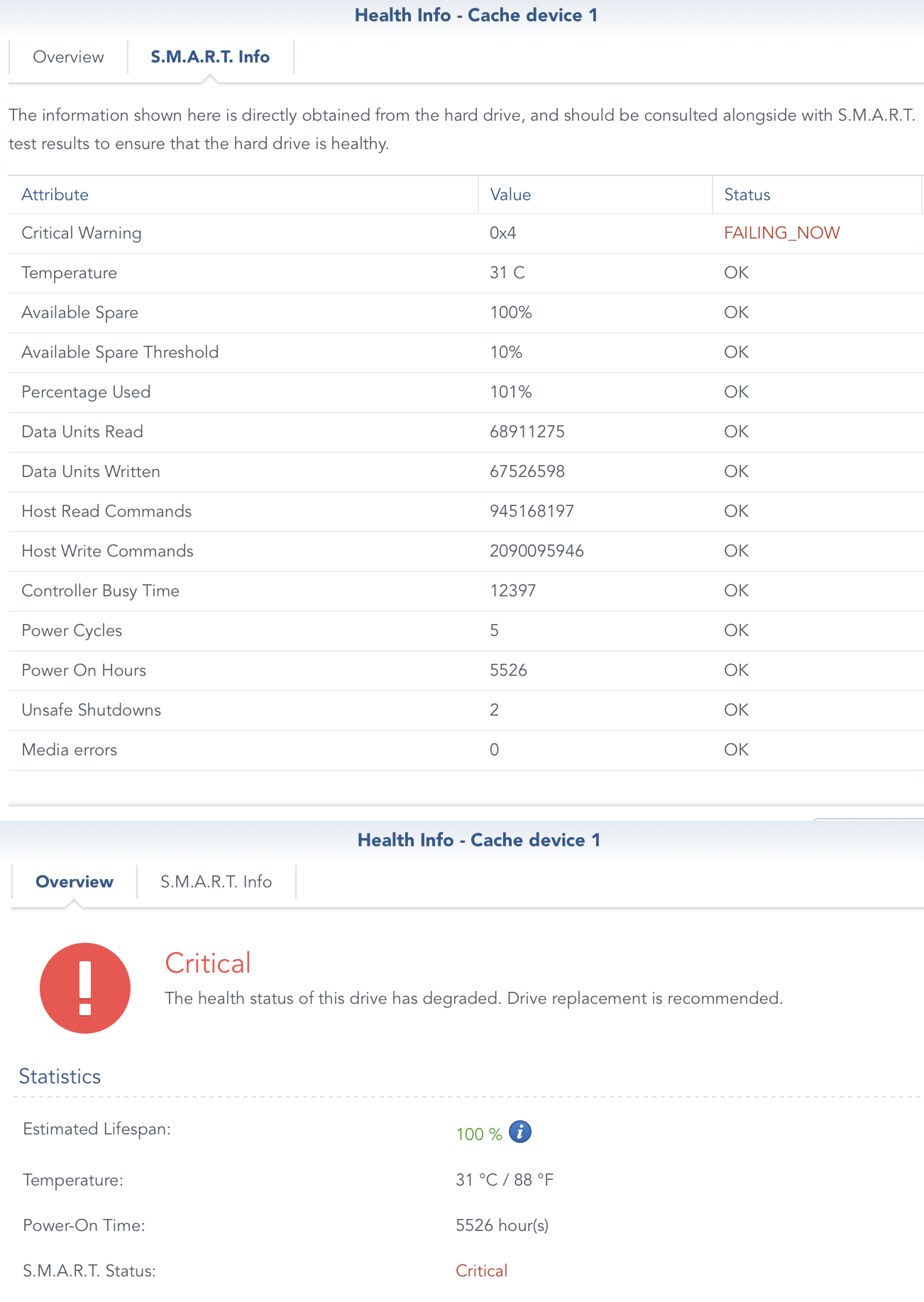 Truth is that since I placed 970 inside my usage for that NAS has drastically reduced, but still, for the good part of 6mon after I started using 970, I was still using that NAS in the same fashion and usage % was still at 0%. With 860 it was already at 50%.

So again, it depends on how you use your NAS and data, but the fact is that the price on Syno NVMe drives is higher because they are several classes above the consumer ones.
B

i see I think i will go to the synology one. That worth the price if yo don't have to change them often...