Info SRM mesh with wire backhaul through a switch: why is it good?

Currently reading
Info SRM mesh with wire backhaul through a switch: why is it good?

This has been something that I do but I've always wondered this:

What is backhauled between the mesh routers?​
Click to expand...

And the answer to that last point is: No. A wireless client will access the wired LAN devices from the mesh router's own LAN interface.

I've just tested this by streaming a hi-bit MKV from NAS (wired), via managed switch, and MR2200ac, to Apple TV (wireless to meshed MR2200ac). I've enabled SNMP v3 on the NAS, switch, and main RT2600ac (amongst other devices on my network): these are all monitored using PeakFlow 4 on a Mac. First, I confirmed in SRM that the Apple TV was connecting to the MR220ac: it was. The NAS and MR2200ac switch port both show matching >30Mbps activity, but there is nothing happening on any of the RT2600ac's wireless and LAN interfaces. Clearly the flow bypasses the main mesh router and takes the quickest path.

I know, it's really obvious when you think about it but previously I hadn't looked into whether there was any thing like GRE encapsulation going on between the mesh routers.

OK, so why is this good news?

Devices connected to a switch will directly communicate between each other and to enable this the switch has a much higher speed backplane. Unlike wireless devices which use the wireless router to concentrate access and share it's more limited speed between them, the switch allows up to the maximum speed of each interface between communicating devices and there can be multiple of these happening between different devices connected to the same switch.

So if you use a mesh network with wired backhaul and a switch then you are:

Synology has some notes about using switches, mostly about multicast packet and IGMP, and when using VLANs and the guest network (VLAN 1733). I've not had any issues so far using TP-Link semi-managed/managed switches which are lightly configured and have IGMP Snooping enabled, backhaul ports tagged for VLAN 1733 and untagged for VLAN 0. And some LAG.

Same setup I have. Mesh with wired backhaul starting with a switch (multiple ones)

now I have the wired backhaul hooked up directly on RT2600ac
I am a bit confused @fredbert & @Rusty should I hook up wired backhaul on TL-SG105E or leave it as it is?

Last edited: 8. Jul 2022
I did because wireless client that are distributed between the two meshed access points then connecting them to the switch will give each a 1Gbps interface towards other devices on the switch.

The main issue with using a switch is that the guest VLAN 1733 (SRM 1.2) uses tags to differentiate its traffic from VLAN 1 (primary WiFi/LAN). If you don't setup VLANs on your managed switch then the guest VLAN may not work as expected.

Main VLAN 1 has all ports and they are untagged. So unless your connected device tags its traffic differently then it will be assumed to be on VLAN 1. 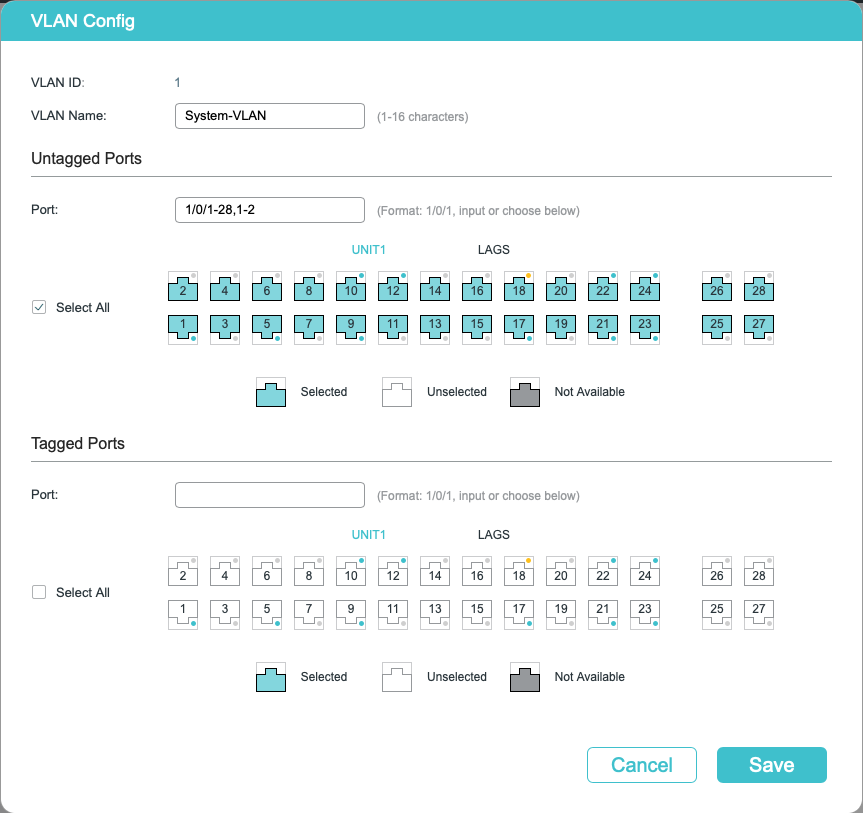 Guest VLAN 1733 tags specific ports:
Port 1 is the RT2600ac
Ports 3+4 was a LAG I had to another managed switch, but no long use it.
Port 5 is spare and testing.
Port 6 is the MR2200ac
Port 10 is a spare one used for Mac Mini thunderbolt/ethernet as a 2nd interface / VLAN test. 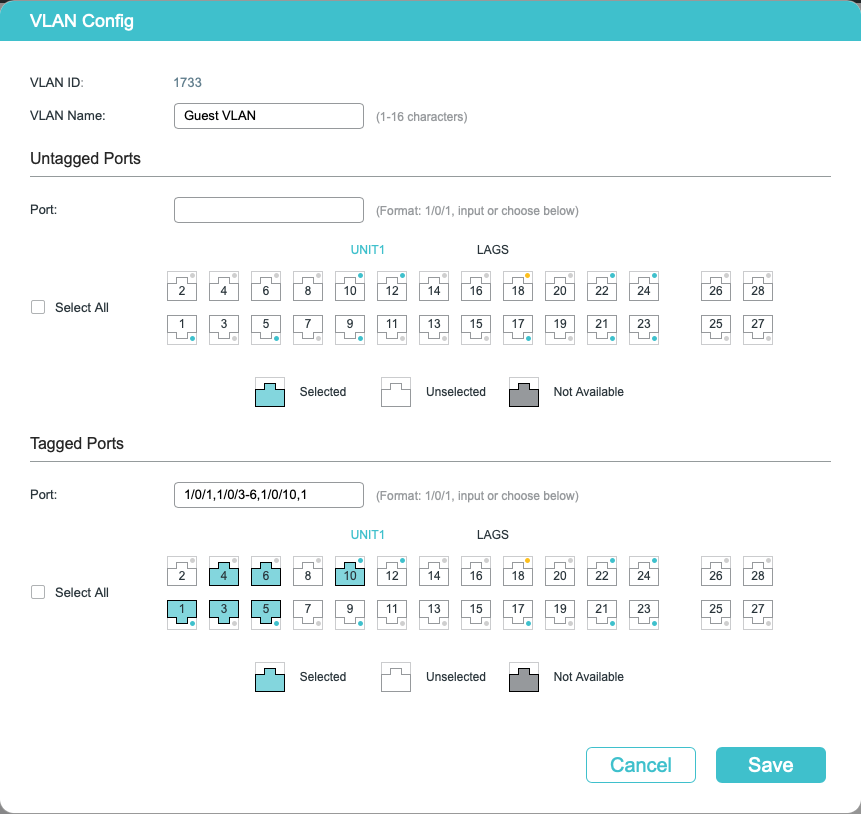 Forgot to show that there's the LAGS view too. Basically I added my LAGs as untagged in VLAN 1, and for VLAN 1733 only the LAGs that need to be included are added as tagged.

R
Should I update to SRM 1.3.1 Update 1?
thanks. I did the update. It updated fine and recovered the firewall and threat prevention...

One Touch Sign In ---- Not Available on the SRM?
And I had been using the 2 Step 6 Digit Code feature for each.... And when I made some minor changes, I...