Right now, if you wanted to buy a Synology Desktop NAS for RAID 6, you are a bit spoilt for choice. The growing popularity and viability of RAID 6 as a configuration (i.e having 2 drives of failure protection) has become far more acceptable thanks to hard drives getting larger and larger in capacity. With modern NAS hard drives, such as the Seagate Ironwolf and WD Red arrive can now arriving in 16TB and 18TB, you can now comfortably accommodate a RAID 6 environment and still have a remarkably large amount of available storage. Alongside this, the performance benefits of RAID 5 and RAID 6 are far higher than they have ever been, with increased improvements in data handling internally, so many users are able to get more compact RAID systems that can accommodate a handful of drives, whilst still achieving high speed and a good level of drive redundancy. Into this current trend for storage, Synology has recently released two 6-Bay Solutions in their popular Diskstation desktop series, the Synology DS1621xs+ NAS in September and the DS1621+ NAS in October of 2020. The former a much more enterprise-grade product that provides robust storage, surrounded by higher-end hardware, services and support, whereas the latter is a much more Sall/Medium (SMB) solution that finds a much more balanced hardware vs price point level in its architecture that allows users to have a similar level of storage potential, with the services and support trimmed back slightly. Each has its own advantages and disadvantages, with very distinct end-users in mind (business and prosumers alike), so which one should you buy? Let’s find out today which one deserves your data! 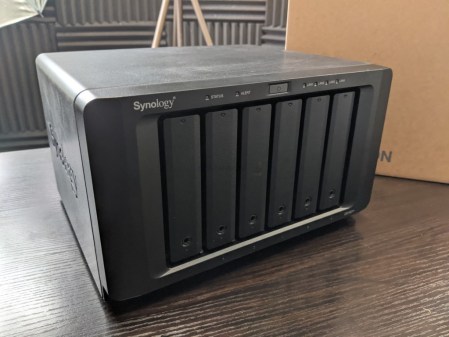 NAS Compares Synology DS1621+ vs DS1621xs+ NAS Comparison
Welcome to NASCompares YouTube channel! Check out our next video below. - - - Check out FREE NAS...